This last year has been a bit hard with the move to Ohio, but I am finally getting back into the swing of things game-design-wise. The first project on the plate is the Microlite74 Ultimate Edition. It is finally complete and should be available in the next week or so. The Microlite74 Ultimate Edition is a 384 page digest-sized edition of Microlite74. It combined Microlite74 Extended with the first three Microlite74 Companion Volumes (Optional Rules, Treasure, and More Optional Rules) and adds a few new optional rules (like custom-designed feats) and an expanded GM section with an example hexcrawl setting and three basic location-based adventure settings. It’s been over a year since I mentioned it, so I will not be surprised if everyone has forgotten it.

I’ve also started to work on a request for a “3d6 version of Microlite74.” That is a game that uses 3d6 instead of D20 to roll for success (and in general, only uses D6s) that could be used to run old school TSR adventures. The (bad) working title is the 3D6 Fantasy World RPG. A very early draft of this game is available in the Donor’s Download area for donors to the RetroRoleplaying Cancer Fund. While this game has not received much playtesting yet, comments are welcome. 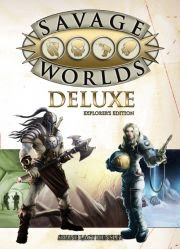 Due to all the remodeling needed to make our new house work better for my wife’s disabilities (which seemed to take much longer up here than it did in Texas), I have not yet been able to start my Sunday game up here. Heck the bar area where we will play is just now starting to clear of all the stuff from other parts of the house we’ve had to store there. However, I have been fortunate enough to find a couple of bi-weekly games to play in. Given that I seldom get to play, this has been fun. The first game is a old school fantasy game using the Savage Worlds rules ran entirely “theater of the mind” and using some homebrew Vancian magic rules with slightly altered to fit Savage Worlds D&D spells. The second is a long-running 3e campaign — and by long-running, I mean it started as a 2e campaign in the early 1990s. It avoids most of 3e’s many issues with a few house rules to make it work more like 2e and by having players who play it just like they were playing 2e (and again, it’s “theater of the mind”). I’m having fun with both although it looks like I may have to drop out of the 3e game as the group may have to change to a day I can’t play as the GM’s work schedule is about to change.

I hope to this message is the start of more regular posting on this blog.

So far all the bell curve seems to do is reduce the "swinginess" you get with a flat d20. Critical hits are somewhat less common, for example. Although I haven't had much time to playtest it, I haven't yet seen much difference in the end result of combats (for example)

What about the bell curve? It's a lot flatter around the center (9-11), so that may impact things (positive or not, it depends on the expectations).

Marcelo: I thought about 2d6, but the person who made the request really wants 3d6. That worked out better anyway as I decided to try using the fail/partial success/full success die mechanic from Dungeon World. However, D&D-like games need to vary the success chance with the level of the character. Rolling 2d6 and adding something like half the level rounded down did not work well as 2d6 rolls didn't have enough "room" for an addition +1 to +5 modifier. With 3d6, it seems to be working fine.

Andreas: I'm planning a blog post on the 3e house rules — or at least those I know.

Good to hear from you again, and I hope you both find your feet in Ohio. Sounds like a good start with two games!

I'm curious about the details regarding those house rules for the 3rd ed game.