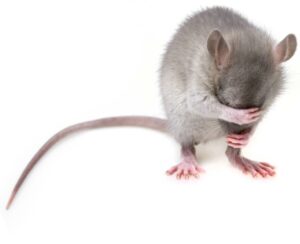 I started 2022 with big plans for this web site. In late February I began to implement them (see this post). While setting up the framework implementation for these ideas was interesting and even fun, I’ve been having trouble deciding when to actually open the site up to members. The more I thought about doing so, the less enthusiastic I became. The more I thought about doing so, the more I wondered if a complex community site was really needed. Sure what I planned provided a lot of features — some fairly unique to the OSR web “scene” — but given all the other OSR sites out there, were these features “needed” enough to justify the amount of work it would take to build and manage a complex community of OSR folks.

I’ve been running and helping to run online communities  since the late 1980s (fidonet echoes, GEnie Roundtables, Delphi forums, mailing lists, web forums, etc.), so I know exactly what I’m getting into. I also know that one of the main things needed for a successful online community is an enthusiastic and motivated site host. Over the last couple of weeks, I’ve come to the conclusion that I’ve just not that motivated. Therefore, I’ve decided to drop the idea of turning this site into an Old School/OSR community site.

Instead, I’ll continue to spruce up the site as time permits and use it to host this blog  and free downloads of (currently) 200+ old school/OSR/rules lite games. The blog probably will only be slightly more active than it has been the past few years, but there are hundreds of older posts dating back to 2008 or so.

But, Mousie, thou art no thy lane,
In proving foresight may be vain;
The best-laid schemes o’ mice an ‘men
Gang aft agley,
An’lea’e us nought but grief an’ pain,
For promis’d joy.

— From “To a Mouse” by Robert Burns

I’m really enjoying your site and learning about RP systems.