↓
Home » A Collection of Story Engines » PsiKnight: A Story Engine of Psionic Knights and Knightly Honor

Your knight begins life with a name, 0 Honor Points, 0 Prestige Points, and six skills: Lance, Ride, Observe, Shield, Dodge, and Sword. Three of the six skills–your choice which–start at 40%, while the others start at 30%.

Your knight will also select one, two, or three psi-skills. You have 40 percentiles to divide between your psi-skills; points must be allocated in increments of 10%, and at least 10 percentiles must be placed in each selected psi-skill. The skills are:

The checklists for fighting use two common shorthand phrases.

“Roll X”: This means rolling a set of percentile dice, giving results from 1 to 100. In a CompuServe Conference room, the command is /roll 100; on Genie or Delphi, it is /rol 1d100. On IRC, you’ll need a script to handle die rolls.

Compare the number you roll to your “X” skill. If your roll was equal to or less than the value of your “X” skill, you succeed. Otherwise, you fail.

“Bonus”: Whenever you earn a Bonus, there are three times you may use it to improve your lot:

In PsiKnight, all participants take up the role of an elite fighter very much like the knights of our own past (or at least the idealized versions of fiction). However, in this world all who are so trained and knighted also have mental gifts beyond the norm, several of which aid them in becoming superior warriors. Both male and female PsiKnights are known.

PsiKnights may fight out interactive stories on a number of levels.

First of all, friendly jousts may be arranged between PsiKnights at any time in the conference areas. A friendly joust involves up to three passes using the Joust checklist, and may continue by agreement with Swordplay regardless of the Joust results. Only one practice fight with a given opponent may be recorded on any given day.

Tournaments will be scheduled once per month, with one of the three monarchs or another noble sponsor as host. A tournament involves two parts: Lists and Melee.

Lists are a formal one-on-one elimination contest. Knights are paired at random, with the exception that no knight will sit out more than one round as the “odd man out”. Paired combatants fight up to three Joust passes, or until one knight is unhorsed. If both remain mounted after the third pass, they dismount and fight Swordplay until one knight is “killed”. Losing knights are not paired in later rounds. Eventually only one knight will remain unbeaten–the champion.

Melee follows the lists. It is a chaotic free-for-all between two parties of knights. Pairings are made ad hoc between willing knights, one pass at a time. Knights fight only from horseback in a melee, using the Joust Checklist. An unhorsed knight is eliminated. (In some smaller melees one remount per knight may be allowed.) The fighting continues until the time limit is reached or knights from only one team remain mounted.

There are also rules for warfare, including battles, unfriendly jousts, and ransom. A player knight only faces death in warfare; practice combats and tournaments use rebated weapons, and do not risk death.

All PsiKnights owe initial allegiance to one of three monarchs: King Llewellyn (Gorllewin), King Ragnar (Vegland), or Queen Seonaid (Beanntan). Knights may additionally acquire allegiance to lesser nobles by accepting a land grant from them. Detailed rules for allegiances will accompany the rules for nobility.

PsiKnights may devote all of their earned Honor Points to improving fighting and psi-skills, if they wish. Or they may instead commit some of their gains to acquiring and ruling lands, becoming landed knights, Barons, Viscounts, Earls, and even Dukes. Rulers will not be as proficient at fighting as others of equal experience.

NOTE: Each fighter may use one psi-skill at any appropriate time during each Jousting pass.

NOTE: Each fighter may attempt two uses of psi-skills at the appropriate times during a single match using Swordplay.

The Rewards of Honor

Knights receive Honor Points (HP) and possibly Prestige Points (PP) for their achievements on the field. Earned HP can be used to improve knightly skills or to enhance one’s lands and fame.

Knights may after a time opt to devote some of their efforts to ruling as opposed to war. A knight may begin this process by accepting a grant of land. This gives the knight 5 Prestige Points (PP), and may be achieved in two different ways: 1. By expending 12 Honor Points, which will result in a grant of land from a non-player monarch. 2. By receiving 5 PP as a grant from a player noble (Baron, Viscount, Earl, or Duke), who will subtract those PP from their personal total.

A knight with lands will subsequently divide all future HP awards, with half counting as HP and the other half as PP.

A knight who attains 20 or more PP may be named a Baron by their monarch. This is the lowest rank of nobility, and permits that knight to make land grants and acquire vassals. For details, see the Nobility and Allegiance sheet.

A Note on Gender

Both male and female knightly personas are encouraged, despite the past practices of history. This is still a pastime, not a simulation. Female knights are styled Dame; female nobles are Baroness, Viscountess, Countess, and Duchess as appropriate.

PsiKnights may become nobles, or advance in noble rank, provided:

The first noble rank is Baron, requiring at least 20 PP. Barons may become Viscounts upon attaining 80 PP. Viscounts may become Earls with 320 PP. Earls may become Dukes with 1,440 PP. Nobles seeking higher titles may, in addition to personal PP, count the PP of all vassals, of all vassals of their vassals, and 2 more PP per unlanded vassal, only for the purpose of advancement.

Barons and higher nobles may grant lands to worthy PsiKnights. The granting noble subtracts 5 PP, which are given to the recipient. If this change would bring the noble’s PP to less than 5 times the new number of vassals of that noble, the grant is not allowed.

A land grant binds the granting noble (lord) and the recipient (vassal) by the ties of allegiance. Nobles may also accept offers of allegiance from unlanded knights. Specifically:

Allegiance may be broken in four ways:

In all cases save mutual consent this will create a state of hostility
between the former lord and vassal until both declare it ended.

The Art of War

A state of hostility may be declared between two player nobles or landed knights at any time, by either player. Such a state also generally comes into existence when an allegiance is broken.

Hostility once begun is extinguished only by assent of both players.

The loser of a joust for ransom may not fight again until released by the victor. This is normally through payment of ransom. The victor may also elect to kill the loser, to refuse ransom, to accept less than the usual ransom, or even to free the loser with no ransom at all! The customary ransoms for captured knights are:

These ransoms when accepted are subtracted from the payer(s) and added to the victor’s PP total. Receiving PP from ransom does not make an unlanded knight landed, or eligible for nobility, or subject to halving of earned Honor Points.

A non-noble vassal is considered to have met the requirement of allegiance if at least 4 PP are offered toward an applicable ransom, even if the noble thereby pays some PP out of pocket toward release.

Any player with PP may pay all or part of anyone’s ransom.

Note that the only way for a character to be killed in PsiKnight, at present, is to die after being captured in a fight under hostilities.

Story Engine is a trademark owned by Randall Stukey.

Against the Darkmaster Player's Handbook

Publisher: Open Ended Games, Inc.What makes a hero? Is it destiny? The unwavering determination to stand up for all that is good? The audacity of doing the impossible? Or just… [...]

Publisher: Shenanigans Media LLCThis map is Percival's Portal Pair. No one quite remembers who Percival was, but they know he left behind a pair of portals in his sanctum. Unfortunately,… [...]

The Ruins of Trostenhal – a Dragon Warriors RPG Adventure

Publisher: Red Ruin PublishingThe Maunderlak Saga continues on from The Fallen Monastery into The Ruins of Trostenhal! Treasure, adventure, and certain doom awaits you.A scenario for the Dragon Warriors RPG, presented for a party of… [...]

The Sisters of the Seven Sins (Wretched Version)

Publisher: The Red RoomThis horror scenario takes place in a Portuguese convent with a dark history of demonic possession, black magic, and Devil worships that, in the mid-1970s, is occupied… [...]

Publisher: Azukail GamesDeserts are mysterious and sometimes deadly places to traverse, with heat and lack of water combining to kill the unwary. This supplement has 100 different encounters that a… [...]

Publisher: NecromancerThey say favors make the world go around, and it’s true of the planes of existence beyond material reality as well. In the distant past, the great wizard Arfaleo… [...]

The Book of Thieves 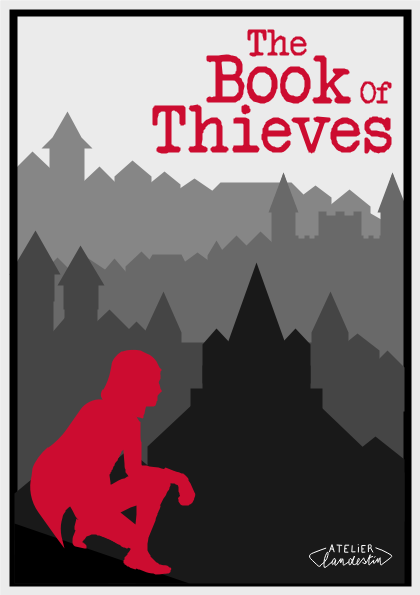 Publisher: Atelier ClandestinThe Book Of Thieves is a handbook for adventures involving thieves, guards, mansions and more valuable items than you could ever dream of... It contains tables, generators, plans… [...]

Publisher: Laidback DMLaidback DM's Maps for Fantasy RPGs 4 - Old School is a collection of 33 hand-drawn maps - a zip file of 99 digital image files (grid, grid-less and VTT-sized), which come with a limited… [...]